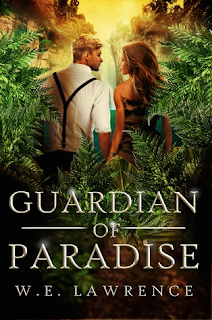 In 1888, Kira Wall, surviving daughter of missionaries swept away in a tsunami, lives a primitive, but enjoyable life with natives on an isolated island in the South Pacific. But her serene world is turned upside down when an Australian merchant ship, commanded by the sinister Captain Darcy Coleman, arrives with an overabundance of modern and lavish goods. Kira suspects ill intent. Chief Ariki refuses to listen to Kira’s warning, forcing her to uncover the real plan of the captain on her own. Unfortunately, she has a distraction. A six-foot tall, blond, and handsome distraction. Trevor Marshall, doctor and botanist, hopes to find exotic plants on the island to research new cures and medicines. He is dedicated to science, but when meeting the strong-willed, beautiful Kira Wall, he’d prefer to spend time researching her—all night.

The captain thwarts Kira’s attempts to call him out at every step, turning the village chief against her. With only Trevor and her best friend Malana by her side, she stalks the captain and his officers through the dense, predator infested jungle, toward the island’s inactive volcano. Frustrated by her failure to reveal the captain’s true intentions, Kira begins to think maybe she’s wrong about everything. Then an explosion and earthquake bigger than anyone on the island has ever seen renews her resolve. Was the blast natural or man-made? She is determined to prove it was the captain’s doing. Kira races against time and the island people’s naivety to stop the captain from destroying her home and killing everyone she loves.

Guardian of Paradise by W.E. Lawrence is a historical romance novel! Click HERE to purchase it on Amazon!

PRAISE FOR GUARDIAN OF PARADISE

“There's mystery, intrigue, danger, romance; everything you could want in a story. This is definitely a book, and author, that deserves more attention.” – Charli Denae

“Reading this book is a great escape and will not let you down.” – Susan Scarcella

“This book was so good! It had a very sweet romance, but it also had a great, adventurous plot that pulled me in, and had me dying to find out what would happen next. I read the whole book in one day.“ – Jessica Hatfield 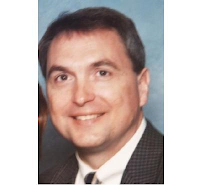 W. E. Lawrence graduated in 1978 from the University of North Carolina in Chapel Hill with aBS in business administration. He has run a successful home health care supplies distributorship for the past twenty-three years.

To learn more, go to http://welawrenceauthor.wix.com/author