Hello, everyone! Today on my blog, I am having a promo post for the novel Elf Mastery by Bryant Reil! Make sure to check it out on Goodreads, Amazon, etc.! 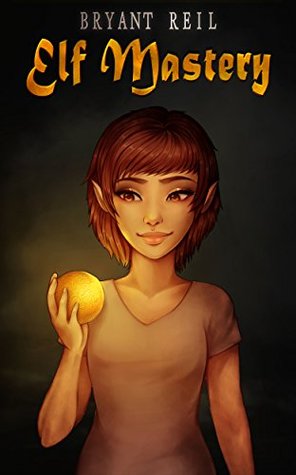 Genres: Young Adult, Mystery, Contemporary, Thriller
Pages:  454 pages
Release Date:  April 4, 2016
Check this book out on Goodreads!
Check it out on Amazon!
Click Here to go to it's Website!


Synopsis
Kyla Nim goes to Equinox to obtain the training she needs to become a contributing member of the world of Order. Optimistic and full of energy, the young elf woman is at first excited but soon realizes she is not as capable as she had hoped. She tries many fields of study, from engineering to animal design to plant singing to carrying the winds, only to be finally relegated to the role of handing out flyers. Still, she approaches her menial role with the most gusto she can muster, until a chance assignment lands her a job delivering a letter to a dragon named Denzig who operates a local volcano. This meeting provides an opportunity for Kyla to learn her strength – to take action when action is needed. Kyla may not be the fastest, the strongest, the smartest, or the prettiest, but she is a doer, which turns out to be the most useful attribute of all.
With Denzig's recommendation, Kyla is soon sent on another assignment to replace a filament at a burnt-out star. Unfortunately, this is all part of a plan by Erebus, god of Darkness, to bypass the star-beacons that keep him and the other followers of Chaos from destroying the world of Order. At the station Kyla obtains a fragment of an ancient stele sought by Erebus which, if combined with the other fragments, can be used to re-awaken the ancient god Chaos and cause untold destruction.
Kyla thus finds herself pursued by Erebus' Avowed, disciples granted great power to serve his ends. Though she must learn to face terror for her own safety, as well as the safety of friends and family, she presses forward as she tries to save the world from eternal darkness.
She is not alone. Her friends include Eunoe, the alseid, a beautiful but introverted nymph who designs animals; Aspen, the timid but observant dryad; Aura, the royal Daughter of the Air who teaches a course on carrying the wind; Lug, the earth elemental who spins the world on its axis; and Saul, the brilliant but socially inept satyr.
Faced with the grim prospect of a physical and emotional void, they must create a device that can penetrate the oppressive darkness of Erebus. This requires them to obtain the rare metal aurichalcum from the Digans, a clan of isolated and dangerous stone creatures, as well as some liquid light from the sun, now controlled by Erebus' Avowed. And Kyla, the naive young elf from the village of Aspengrove, must face down one of the most powerful beings in the world.

ABOUT THE AUTHOR
Bryant Reil recently left a position working for the Candian federal government to pursue a Master's degree in Integrated Studies. He has been writing as a hobby for many years before finally deciding to self-publish Elf Mastery. Bryant also dabbles in 3D modelling and printing. Bryant currently lives in Kelowna, BC, Canada.

That's it for today! Please make sure to check out this book!
Thanks for reading and stopping by!! ;D