BLOG TOUR: Beyond the Rising Tide by Sarah Beard 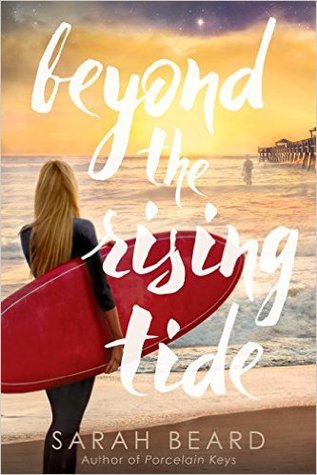 
Kai was seventeen when he died saving Avery’s life, though he didn’t really have much to live for. After spending half his life being shipped around to different families, the only place he felt at home was on a street corner with his guitar. Now, it’s been six months since his death. Six months adapting to a new kind of existence where instead of making music, he uses his new healing powers to save lives. But in his off hours, he watches helplessly as Avery’s life is unraveled by his death.


Avery doesn’t know that it was Kai who saved her life in the ocean, because her rescuer’s body was never found. Wracked with guilt, the ocean she once loved is now her tormentor. As her surfboards collect dust in the garage, the weight of her grief destroys her relationships and stretches her to a breaking point.

Always willing to break rules for those he loves, Kai steals a ring that temporarily gives his body substance. With limited time, he does all he can to restore her life to the way it was before his tragic death, but Kai’s half-baked plans rarely turn out the way he thinks they will.
About the Author 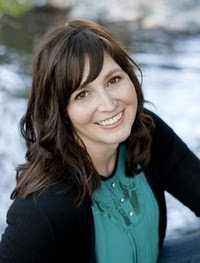 Sarah Beard is the author of YA novels PORCELAIN KEYS and BEYOND THE RISING TIDE. She earned a degree in communications from the University of Utah and is currently pursuing an MFA in creative writing from VCFA. When she's not writing, she referees wrestling matches between her three boys and listens to audiobooks while folding self-replicating piles of laundry. She is a breast cancer survivor, a baker of sweets, a seeker of good love stories, a composer of melancholy music, and a traveler who wishes her travel budget was much bigger. She lives with her husband and children in the shadow of the beautiful Wasatch Mountains. You can follow Sarah on twitter at @authorsarahb, or atfacebook.com/authorsarahbeard.

Why don't more people know about this book?!?! This book was seriously amazing! It is a great mix of contemporary and paranormal! I was instantly hooked! I have been contemplating on whether to give this a five or four star rating. After some thinking, I've decided that this is defintely a 5 star book! I love how everything wrapped up at the end of the book and is probably the best ending to a book I have read in awhile. That ending makes me want to sqeal from happiness! ;3

This is the story of Avery and Kai and what they became after a terrible accident that left one of them dead. About 6 months later, with the all the guilt and emotions weighing her down, she is no loner the Avery that was adventurous  and a risk taker. She gives up the one thing she loves most... surfing.

After dying after rescuing a girl who nearly drowned, he spends his time as a ghost who helps the grim, helping heal people, and watching over the one he saved. He eventually falls in love with her and decides that he can no longer continue to watch the girl he loves suffer from the guilt, and grief from his death and the issues her boyfriend keeps laying upon her. So, he borrows a ring that will allow hm to pretty much become a human and sets out to attempt to "heal" Avery. He knows that if he gets caught with that ring, he will be punished. Or if he lets slip or Avery finds out that he is the one who saved her that terrible night, it will mean his permanent removal from Earth. That's just the risk he will have to take.

5 out of 5 Stars! Like I said, this was an amazing novel! I totally recommend you all check it out!

EXCERPT
(Kai’s point of view) I’m not sure if I have a heart, but something in my ribcage swells at the sight of Avery. Her hair shimmers like spun gold in the sunlight, falling over her shoulder and hiding her face. She’s sitting on a sheet of black rock, head bent, and the flowery skirt of her sundress ripples in the breeze.
If she turns around, she’ll see me. If I speak, she’ll hear my voice. I open my mouth to do that, but it’s parched, hit with an unexpected drought of words.
I’ve been walking for hours, and I still don’t have a solid plan. I have an end goal, but it’s like looking up at the peak of a mountain when I’m still in the valley. I want Avery to find happiness again, but I have no idea how to get her there.
Luckily, improvising is what I’m best at. Writing songs on the fly, talking myself out of trouble, and ad-libbing life in general. When I had a life, I was dropped into a new environment every few months with no time for planning. Survival depended on my ability to improvise, because it was the only way to keep my head above water.
As I inch toward Avery, I turn phrases over in my mind, trying to choose the best way to introduce myself. I hate to think how she’ll react if she recognizes me, but I doubt she will. I saw her run across my picture on a missing persons report once, and she scanned right past it. Besides, I saw my reflection in the shop window this morning, and although my face is the same, I don’t exactly look like myself with my new Jack Frost hair.
Over her shoulder, I see she’s holding a fishing net in her lap. Her fingers are working with it like she’s trying to free something. A crab. Her hands tremble as she tries to unravel it, so she’s not really getting anywhere.
Without thinking, I fish the pocketknife from my shorts, unfold the blade, and lower it in front of her in offering. She flinches and whips around to look at me, eyes wide.
So much for improvising.
I nod toward the tangled mess in her lap. “For the crab.” Yes. Those are the words I’ve waited six months to speak to her. If Charles comes in the next moment to take back his ring, at least I can live in eternal peace knowing I was able to utter those three words.
Her brows pinch together, then she shakes her head and turns back to the crab. “I’m trying to free him, not eat him.”
For a few breaths, I’m speechless. In awe that she just talked to me. She can see me. And hear me. If I reach out and touch her shoulder, she’ll feel my fingertips on her skin. I don’t, of course. I’ve scared her enough for one day.
“I know,” I say, trying to keep my voice soft and non-threatening. I crouch down and offer the knife again, this time handle first. “It’s for the net.”
Her hands go still, and then she smiles sheepishly. “Oh. Right.”
She takes the knife and goes to work, biting her lower lip as she concentrates on plucking away strands of netting. I wonder why she’s going to so much trouble to free a half-dead crab, but I say nothing because for some reason it seems really important to her.
The knife makes her task easier, but when the crab is free, she frowns at the water, swallowing hard. Seeing the reluctance in her face, I stand and open my hand. “Here. I’ll throw it in.”
She deposits the crab in my palm, and I carry the newly liberated creature to where the waves are pitching against the rock. I toss it back home, and it disappears beneath the marbled surface.
When I turn back, Avery is standing with her arms twined around her waist. As I stroll toward her, the wind kicks up and sends golden strands of hair flying around her. With the way she’s standing there on the rocks, she looks like some kind of mythical siren. I feel just as scared as if she were one, just as bewitched. The haunting song in her eyes lures me in until I’m standing right in front of her. She gazes up at me a long moment, searching my face as if she’s hunting for familiarity. For a minute I worry she recognizes me. But then she folds the knife and hands it back.
GIVEAWAY